Author’s Note: This is the second part of a four part entry for “The Problem of Apples”. 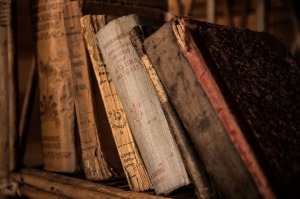 Previously, we have been introduced to the idea that Heathenry, as a modern polytheistic religious restoration, contains within itself an inherent deficiency in regards to polytheistic theology.  In this section we will approach concepts of divine functionality and approach a number of influences that impact what is considered the “function” of a god within its context.

Divine concepts are often and commonly related to functional spheres of control “possessed” by the divinity in question.  This is one of the key characteristics of polytheistic and animistic religious identity, and in this Heathenry is no different.  Recognition of these functional and spatial foci was of the utmost importance and constituted a defining feature of the polytheistic religious system. These were not static, but fluid: a deity which was associated with “wine” might, on specific days, be associated with the “vintage” or other, broader, agricultural concerns in conjunction with “wine” [4].  In this way the deity “of wine” is truly not focused just on “wine”.

It needs to be remembered that these people, however, understood their gods within the contexts of their polytheistic environs.  Western civilization has largely been supported by a religiously exclusivist position: that of hegemonic monotheistic Christianity and the idea of divine functional exclusivity.  The fluidity of polytheistic identity, as it was understood in its own context, enabled the transmission of multiple deities despite having similar or dissimilar foci and selectiveness.  A deity could travel from Egypt to Greece to Rome and never truly be an outsider to any system because it was inherently anchored in polytheistic identity as a concept, although the cults might emphasize different qualities.  They had no need to be changed to fit the system, so long as they could be anchored into the system they were being moved to through the use of functional (cultural role) and spatial (cultic locations) foci.

The West, mired in a tradition focused around the nameless, formless, and above all hegemonic concept of the Judaeo-Christian ‘god’ has lost the implicit understandings of the polytheistic system and the ability to conceive of these gods, their functional foci, and how to approach the re-engagement with a polytheistic identity.  Their emphasis on the function of the deity is sanitized, much in the same way that the concept of do ut des was reduced through the application of Pauline theology to a mere business exchange between worshiper and divinity [5].

This lessening of polytheistic identity under this hegemonic force has lead to a simplistic understanding of the divinity, and Heathenry is in particular no exception.  These functional foci which form a core aspect of that religious identity have been placed to the side in favor of well ordered lists that offer one dimensional “god of..” functions, with the invariable result of being subsumed into the facets of other deities with the loss of these foci and theological understandings.  To identify them strictly by their function reduces deities to mere actions, and ignores important facets to the understanding of their perfection and essence [6].

We see this mirrored in various social scientific disciplines, including the study of Classical history.  Notably driven by the end of the Victorian era and the beginning of the 20th century, the idea that Mediterranean religion (particularly in this instance the study of Roman religion) was “sanitized” was common.  It was presented as a joyless, soulless religious expression, being portrayed as an emotionless transaction not unlike a client and patron.  What is lost in this strict concern with the sanitized, contextless function is the character of piety.  This, of course, informed the later approach to these “primitive” non-Christian religions.

Though it existed and pervaded scholarship prior to the publication of his works, Georges Dumézil popularized a particularly structuralist and culturally functionalist approach to Proto-Indo-European culture, which investigated the spread of concepts regarding culture and divine.  His interpretation of this theory was most elaborately published in his work L’idéologie tripartite des Indo-Européens, which was published in 1959 and had been built off of his earlier works Flames-Brahman and Mitra-Varuna, published in both 1929 and 1940 respectively.

Conceptually, the theory devoted itself originally to the functions of Proto-Indo-European cultural development and expression, but was later expanded to include those representative divinities associated with those social and cultural groups.  In essence, each social group had a representative god or group of god-families which matched it in functional role (eg. groups of deities concerned with the priestly, warrior, and common social classes).  Dumézil and those bearing the torch of his tripartite hypothesis sought to apply this theory in a contemporaneous sense throughout the breadth of the studies concerning the Indo-European cultural spectrum.

What is found is that religion and culture are indelibly more nuanced than Dumézil would otherwise portray.

While popular, this functionalist approach nevertheless fails within the parameters of its own methodological concerns; most important to remember is that linguistic affinity does not necessarily lead to the existence of an expected conceptual affinity.  If we approach Dumézil’s theory heuristically, the lack of these concepts in action and, more specifically, the lack of any known mutual tripartite cultural structures cast significant doubts on the validity of this popular flagship theory [7].  It quite simply exists as a theory and has not been found to be replicated in cultural reality.

Despite this, the limited idea of the function of divinity, the role of the divine within a culture as it pertains to the reflection of society, remains well-entrenched within both secular academic scholarship and contemporary polytheistic research.  Often, deities are reduced down to their basic components within the culture in which they are found, for ease of interpretation or dissemination or for a plethora of other reasons.  In other religious fields, the functionalist approach to exploring the divine has been slowly replaced by other – more sociological – approaches.

Specifically important in this instance is the academic approach of Émile Durkheim in viewing the religion from the perspective of the society, rather than viewing society from a series of postulated theoretical categories and attempting to fit the religion into that theory [8].  We find that the true understanding of the role of the “function” of a god is not just in the “of..” qualities or the associated sphere, but in the effects of social and religious forces.  The sphere of a deity’s true foci is impacted and informed by qualities of tradition, social adjustments, etymology, and other developments between analogous deities, which confer importance in many cases into both the private and public spheres [9].  This approach has only been employed by the late 20th century, and largely only within an academic sense.  It is rare to find its mirror within the largely academically-adjacent polytheist reconstructionist communities.

In terms of Heathen polytheistic approach towards the reconstruction of religiosity there is still a great deal of concern maintained around the apparent function of the divine, and the resultant role that the deities had in society.  This is ultimately exacerbated by the comparatively small population of known deities in the Germanic world.  The lack of divinities, as compared with the other larger and more established polytheistic traditions of Eurasia means that a reconstructionist understanding will ultimately suffer in its execution.

Engaging in reconstructionist methodology is ultimately an exercise in empiricism, built upon a continuum of linguistic, historic, and extra-historical academic disciplines in order to inform the practical foundations of the revival that is Heathenry.  In most cases it begins with approaching any literary sources which remain known to scholarship.  In a Heathen context, this research results in an unfortunately limited scope of information, necessitating the inquest of researchers in other directions.  The secondary and tertiary stops for Heathen reconstructionism are generally etymological and material remains, in either order.  These inquiries are nevertheless of supreme importance to the piecing together of religious practice, let alone concepts of divinity, from the fragmented sources which have survived the passage of time.

In the case of the erroneous comparison of Ēastre with Iðunn even a cursory glance of either aspect will show that there is little to no association between the two deities which exist other than the most superficial and circumstantially reductive ways.  That is what will be approached in the next section.

[6]  James R. Harrison, Paul’s Language of Grace in Its Graeco-Roman Context, (C.B. Mohr, 2003), p. 284.  This discussion on perfection as it concerns a divine unity (and thus a mischaracterization as reductionist monotheistic tendencies) is in part explored from a particularly Platonic perspective in Edward Butler, “Polycentric Polytheism and the Philosophy of Religion,” in Essays on a Polytheistic Philosophy of Religion,  (New York City: Phaidra Editions, 2012), p. 74.

Part III can be found here.

“But it does me no injury for my neighbor to say there are twenty gods or no God. It neither picks my pocket nor breaks my leg.” – Thomas Jefferson

“Moderately wise, a man should be not too crafty or clever. A learned man’s heart, whose learning is deep seldom sings with joy.” – Havamal

“And so good people can be observant even with barley groats and rustic cakes, whereas bad people cannot avoid impiety even though they stain the altars with rivers of blood.” – Seneca, On Benefits, 6.3